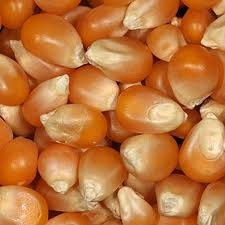 Popcorn is an age old snack that goes way back to ancient times. Popcorn kernels are actually seeds. Like other seeds, they are composed of an embryo which is found at the pointed tip and starch which is encased in a hard glossy shell. The starch on the inside holds both water and oil.

When heated up the water and oil within both create moisture which then gets turned into steam. Pressure builds up within and the hard shell explodes. This explosion causes the soft starch inside to expand and turn inside out. The end product is a fluffy white cloud of corn.

For many people, popcorn kernels are all the same. Of course, for those who take their popcorn seriously, this is not the case. Although all kernels are taken from corn or maize, there are many different varieties. As a matter of fact, certain types are bred mainly for popping.

Although there are many different varieties of corn seeds, popped kernels are classified in just two varieties. The first major type of popcorn is known as butterfly popcorn. This type of popped kernel takes its name from the shape that it has once the kernel has popped. Also known as a snowflake, it has an irregular shape with a round top and protrusions in the bottom. These extensions resemble wings giving the popcorn a shape similar to a butterfly. A butterfly popcorn kernel is often light, making it softer.

Often described as having better texture in the mouth when eaten, it leaves fewer hulls once popped. This type of popcorn kernel is suitable both for air popping and oil popping. It is best used for on the spot popping and creating savory popcorn flavors such as butter, cheese and the like.

The second major type of popped popcorn kernel is known as mushroom popcorn. Similarly to the butterfly, it takes its name from the appearance it has once cooked. The kernels pop into a ball like shape that has little protrusions on the bottom. Its surface is not textured, unlike that of a butterfly, which is often smooth. Less people prefer the mouth feel of this type of kernel due to its texture.

Dense and compact this popcorn kernel is not as fragile as a butterfly popcorn kernel. Due to these characteristics it is best used for confections and sweet popcorn flavors. Also, the lack of protrusions makes the popcorn less likely to break.

While there are only two types of popcorn kernels, there is a wide variety of popcorn seeds around. Many of the kernels are identified by their color, although they all become white once popped. The following is a rundown of the different varieties in the market.

Yellow kernels are the most popular popcorn kernels to be found in the market. These are widely used by many commercial establishments such as theaters and amusement parks. Commercial popcorn manufacturers also use this for their products. It is favored due to the large flakes, high yield and low cost.

The second most popular popcorn kernel variety is known as White seeds. Most white popcorn kernels are smaller than the yellow variety. These have small elongated seeds with pointed ends which resemble rice.

It may also be referred to as rice popcorn because of this. White popcorn kernels are able to produce both butterfly and mushroom shaped puffs depending on the variety. Flakes from this kernel are usually light and fluffy.

Red popcorn kernels are taken from red posole maize. This grain crop belongs to the grass family. Its kernels range from pink to deep red depending on the variety. The red pigment on the kernels comes from anthocyanin which is an antioxidant. As a type of sweet corn this tends to have sweet and nutty flavors in it.

Considered an heirloom variety of popcorn kernels, blue corn has been used by many indigenous tribes dating back to pre-Columbian times. Grown mostly in New Mexico, Arizona and Mexico it is openly pollinated. Blue popcorn kernels are taken from Hopi Maize which was originally developed by the Native American Hopi.

An heirloom variety of popcorn kernel, purple popcorn comes from a type of corn that is native to the South American Andes mountains and Peruvian Valley. This deep purple corn dates back to the early Incan days as a staple crop. Today, this unique colored popcorn seed is favored due to the flavor it has as well as the health benefits it brings.

A variety of blue corn, black popcorn kernels date back to pre-Columbian times being cultivated by Mesoamericans. It is a non-hybrid heirloom seed that produces long, slender cobs with deep black colored kernels. Favored by farmers for its high yielding crop, its popcorn kernels produce small tender white flakes with a dark colored hull.

Baby rice popcorn kernels are a hybrid variety of popcorn seeds. The name baby is given to these since they are smaller than the usual kernel. It is shaped similarly to rice grains with both ends being pointed.